LORENA LEIGH ‘Girls Like Me’ Video Premiere via WONDERLAND. 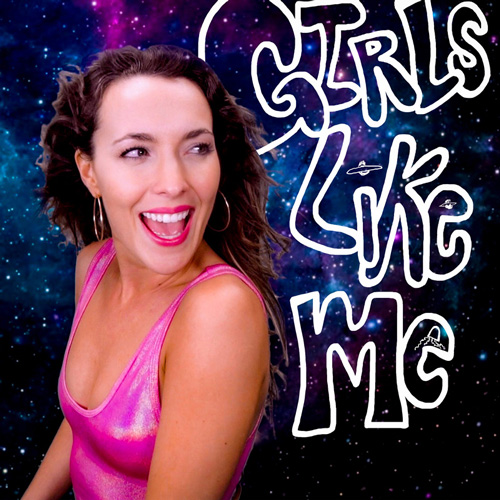 Genre-blending singer-songwriter Lorena Leigh has premiered the official music video for “Girls Like Me” via Wonderland Magazine, an international, independently published magazine offering a unique perspective on the best new and established talent across all popular culture: fashion, film, music and art.

With action set in the depths of the ocean and the vast playground of outer space, Leigh recalls the inspiration for the utopian vision of her jellyfish-filled, island-flavored anthem, “I’m inspired by the ocean and more recently space so I thought I’d just combine all concepts for my music video. I grew up on country, love riding horses and also love swimming in the ocean….so the ultimate dream for me would obbbviouslyyyy be to ride a larger than life jellyfish through the sea.”

“The main thought behind the lyrics of Girls Like Me are pushing through to make your own dreams happen. Overcoming obstacles while being true to yourself despite past challenges or mistakes and in the moment when most would give up, being the ones to push through. It’s important to me to ban around other inspired & motivated people, other authentic and brave Girls Like Me, to keep myself inspired, motivated and able to hold tight to the belief, the dream, the goal, whatever it is – to make badass things happen in my life and share in that ridiculous fun and badassery with others.”

With Texas charm and New York grit, Leigh has been defying the odds since birth. With a childhood love of country music and an adolescent enthrallment with the NYC surf-scene, the foundation for the art Leigh fashions is built with conviction.

After years of story-telling through dance, film and theater, Leigh finds herself crafting a whole new world that defies gravity, swimming seamlessly through waves of pop, Broadway, island music and Americana. Building on the success of the 2015 EP, Bella Vista, 2018’s mini EP, Jellyfish Queen, which contained the breakout single “Headstrong,” and 2019’s “Follow You,” Leigh’s ready to unleash the magic of Water Theory.

Produced by Ernesto Valenzuela (David Bowie, Espé, B-52s) and featuring an all-star cast including drummer Sterling Campbell, known for his work with Cyndi Lauper, B-52s and Duran Duran, the 11-song adventure is set to ripple through global consciousness beginning November 8. Laced with hints of Maggie Rogers, Nelly Furtado, Ellie Goulding, and Jenny Lewis, Water Theory is much like your favorite Disney reverie that shimmers effervescently.

Like all powerful energy currents in life, the magic of Water Theory is best experienced live. Whether it’s at an intimate Sofar Sounds show at an undisclosed location, a radio depot or a hallowed music haven, Lorena’s lack of a comfort zone and ability to connect with those around her create an immersive, inclusive experience that leaves an audience buzzing with positive energy.

Healing. Freeing. Pleasing. It stems from her belief that there is endless possibility and an unbound thrill in living a passionate and uninhibited life. 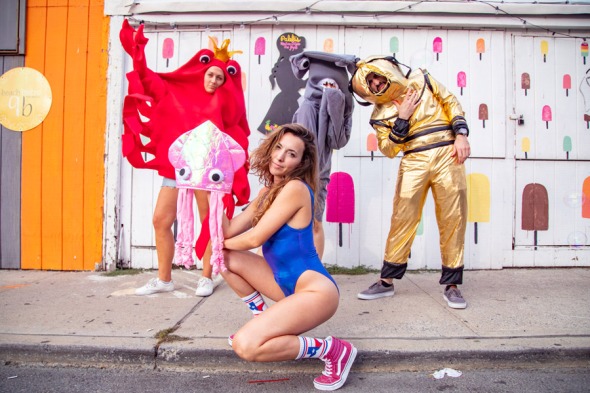 Armed with a life-size jellyfish hat, each evening Leigh crowns the most jubilant fan. It’s a ritual that’s simple but powerful. At a recent gig at the Viper Room on the Sunset Strip, the lucky recipient was an elderly man who was enjoying his night like we should all enjoy life…full of light. Bright and ripe, he danced with abandon. Wearing the jellyfish head transformed him. It was genuine.

Live Music News & Review championed her “intensity and emotional power, her voice shooting out like a bright bang, punctuating building musical moments” while 1111 Cr3W was enamored with her “next level socially consciousness alt-pop storytelling.”

Her Water Theory tour kicks off October 10 at Hotel Cafe in Los Angeles and runs through December 21 with stops in San Francisco, Austin, Portland, Seattle, Denver, Boulder, Kansas City, Chicago, Cincinnati, and New York City. A big hometown celebration at Main at South Side in Fort Worth is set for Thursday November 7.