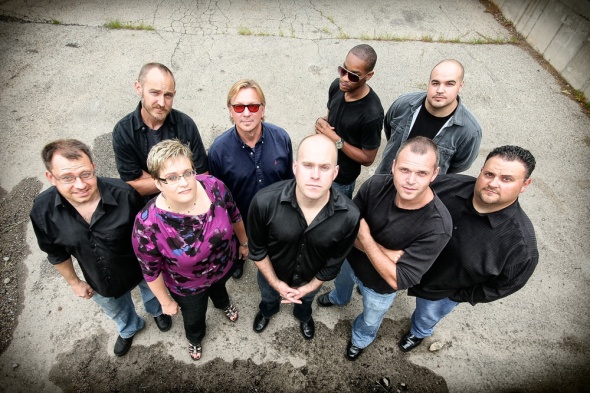 9-pc funk band Phat Phunktion issued their first live album today (June 2). Available on CD, as a digital download, via streaming services, and on Blu-ray, in high definition, Live at the High Noon chronicles a blistering 75-minute set captured before a raucous sold-out show at the High Noon Saloon in Madison, WI, on October 7, 2016.
Stand-outs from the frenetic evening include the booming “Whatcha Gonna Do,” the funky boogie of “Knockin’ em Down,” a transcendent 8-minute version of “Rock Star,” and a show-stopping rendition of “Jupiter,” the Earth Wind & Fire classic.
To celebrate the release, Phat Phunktion teamed up with Relix Magazine to premiere the all-instrumental tour-du-force, “Don’t Destroy The Funk.”
The band is currently writing music for their next studio album but will be busting out the funk for two shows this fall, headlining TosaFest in Wauwatosa, WI on Saturday September 9 and anchoring their annual Funk Out Cancer benefit on Saturday November 4 at the Majestic Theatre in Madison.
Founded in 2009, Funk Out Cancer is a Concert and Silent Auction in Memory of Kate Gates Falaschi. All proceeds will go to fund cancer research at the University of Wisconsin Carbone Cancer Center. 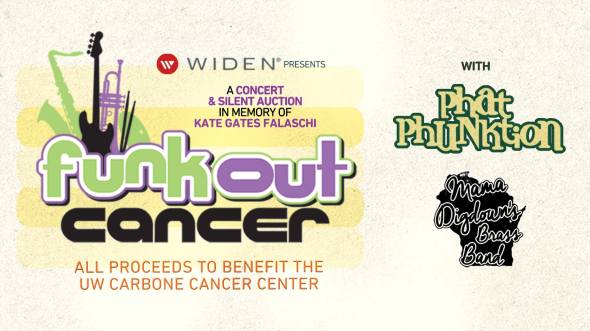 PHAT PHUNKTION:
Tim Whalen: Keyboards and vocals
Darvonte “Turbo” Murray: Drums
Pauli Ryan: Percussion
Nick Moran: Bass
Vincent Jesse: Guitar
Jon Schipper: Trumpet
Jim Doherty: Trumpet
Courtney Larsen: Trombone and vocals
Al Falaschi: Saxophone and vocals
QUOTES:
“A talent for crafting strong, danceable tracks.” JazzTimes
“Horn-driven tour-de-funk by a band on the rise.” Rolling Stone
“They are quite simply the best dance machine to roll through the river city in a while.” Huntington Herald-Dispatch
“I was having Tower of Power flashbacks. Since 1976, I’ve been asking myself the cosmic question: ‘What is hip?’ Well now I know: Phat Phunktion.” Chattanooga Times