CHRISTIAN O’CONNOR “Something To Believe In” Video Premiere via VENTS

With a mastery of mind-melting guitar, Philly singer-songwriter Christian O’Connor fronts a power quartet that is leaving a mark on every trail they blaze.

Building on the buzz of his bold debut album, Dogma, Dharma, Grace and Karma, O’Connor partnered with Vents Magazine to premiere, “Something To Believe In,” the first single from his forthcoming album, Wine Over Water – Blood Over Wine.

Releasing summer 2017, Wine Over Water – Blood Over Wine, is a 10-track behemoth that’s set to rattle the foundation that classic rock was built on. In addition to the muscular hook-laden Something, which brings to mind the powerful songwriting of Ryan Adams, Matt Nathanson and Butch Walker, future single “Down” ups the ante with its melodic multi-layered histrionics, à la Allman Bros and Lynyrd Skynyrd.

With track after track that burn brighter and brighter with each successive roundabout, it’s an epic escapade throughout. “It’s Killing Me” and “Never Going Back” boil with a brand of blues fusion that evoke storied progressive rock, while ballads like “Yearn To Fly” and “Believe” are destined to soundtrack dramatic cinematic scenes. Add in the deep-dive adventures of “Who I Want To Be,” “Love Steps,” and “All That’s Dead and Gone” and top it off with the boogie-woogie “boom” of “Friday Night Rocks,” and you have a blistering arsenal of anthems ready to rock, rock until you drop. 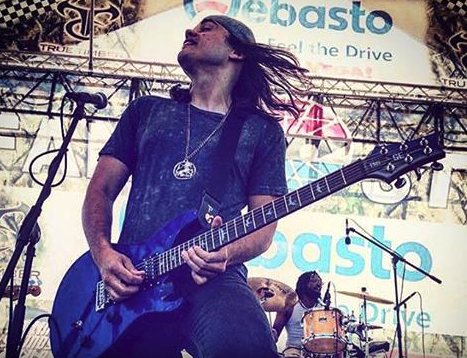 First emerging on the national landscape via exposure on NFL Network and NASCAR RaceDay & Trackside on FOX, O’Connor has continued to build a loyal fanbase while on the road with Jennifer Paige, Leigh Jones, Rivers Monroe, and The Howling Tongues.

During incendiary sets at NASCAR & NHRA races, Boston’s First Night & Harborfest and a red-hot college tour, any part of the venue is fair game, from speaker stacks to table tops to bar tops to crowd-tops. Navigating varying terrains with the same vigor as fingers bounding the fretboard, O’Connor’s explosive live performances always leave the audience gasping for air with fists raised everywhere.

Now, that’s something to believe in.