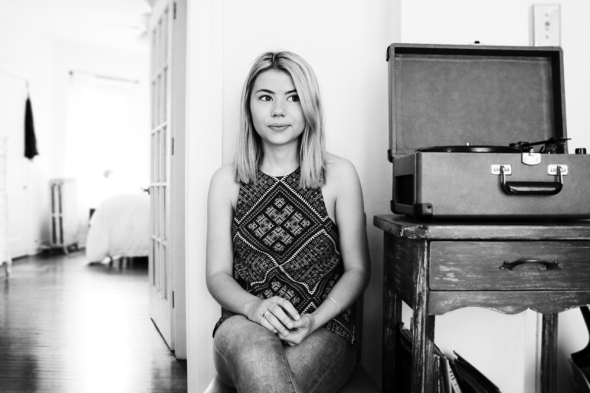 Acclaimed Boston singer-songwriter Hayley Reardon has released the first single from her sophomore album “Good,” with an exclusive premiere of the title track via Performer Magazine.

Scheduled for release October 28, Good is a dazzling celebration of a period of immense growth and change, as lush arrangements surround the sincere rawness of Hayley’s writing.

“This record may or may not have been the result of my reading far too many self-help books,” jokes Reardon. The music is a salute to the process of becoming, and the inner workings of movement, both geographical and emotional. “My day to day life changed so drastically during the time of writing and even the time of recording this album,” says Reardon, who parted with her previous record label, fell in love, moved to Nashville, and began college all within the time it took to create this music. “All at once, it felt like I had so many things I needed to learn to let go of, and so many things I needed to fight to hold on to.”

After quickly establishing a name for herself in the storied Cambridge, Massachusetts folk scene at a very young age, Hayley’s sterling debut album, 2012’s Where The Artists Go, produced national acclaim with features on syndicated public radio show Art of the Song, NPR affiliate WBUR in Boston, and Boston Globe Magazine, who named Reardon a ‘Bostonian of the Year,’ in celebration of not only her music but her work to use it as a vessel for empowerment.