Born out of struggle, “Hope” is a spiritual transformation that allowed her to break down barriers, and move her life forward.

Several years ago, Heller had a medical condition color her world as she woke up at an emergency care center with a diagnosis of Vocal Cord Dysfunction (VCD). Fortuitously, the doctor told her that singing would help treat the VCD because the act itself would relax her vocal cords. Embracing the advice, music became a therapeutic stress reliever, a creative outlet and her saving grace.

With a newfound confidence, Lisa developed her inner voice, harnessing her intuition to effectively craft 4-minute vessels of the existential. Early songs such as “Close Your Eyes” and “Life on the Run,” which featured drummer Aaron Sterling (John Mayer, Taylor Swift, The Band Perry) and special guest guitarist Steve Fekete (musical director for Avril Lavigne), were her first forays in songwriting and ones which ended up being recognized with various accolades including being chosen as a Top Five Finalist in the “Performance Category” for the American Songwriting Awards, reaching the semi-finals of the International Songwriting Contest, and receiving a “Pop High Honorable Mention” by the faculty of the Songdoor Songwriting Contest.

These achievements caught the attention of producer Jim McGorman, known for his work with Sabrina Carpenter, Avril Lavigne, Cassadee Pope and Kate Voegele, and in January 2015, Heller went into the studio with McGorman to record 4-songs; “Hope,” “Firewall,” “Midnight,” and “Things You Never Said”. Jim warmly recalls the sessions, “I work with a lot of new artists, and Lisa sees things that others don’t. She is an incredibly insightful lyricist, making her songs unique and powerful. She has so many dimensions to her voice and, as a producer, it’s exciting to see where she takes each song.”

In conjunction with the release of the single, Heller has erected a virtual “Wall of Hope,” the foundation of a social community designed to foster faith and encourage hope by sharing inspirational stories.

One such story is that of 4-year old Nicholas Higham. Lisa elaborates, “I wanted to connect with a few extraordinary kids who have overcome, and continue to fight through challenges, to help spread their stories of courage and bravery. Nicholas is a cute little boy who happens to have down syndrome. He doesn’t allow this to keep him from doing much, his smile and confidence is ever-present.”

In addition to the new single, Lisa continues to build her fan base with emotionally-electrifying performances. Fresh off an Acoustic Cafe radio show with songstress Rachel Platten, which reprised her inclusion on a similar invitation-only American Authors event at the Hartford HOT AC station, Lisa is gearing up for an encore station-sponsored show at The Tavern in Farmington, CT on June 24 before embarking on a four-month songwriting journey, traveling and performing throughout Australia from July through November, before returning to the studio in the new year. 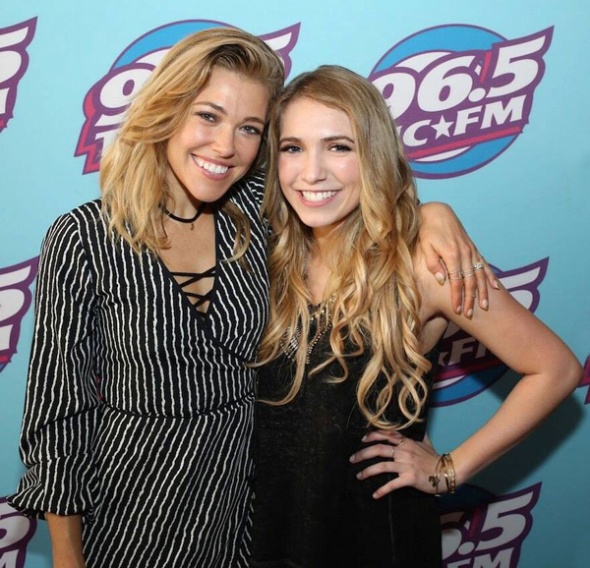